give you a beautiful world 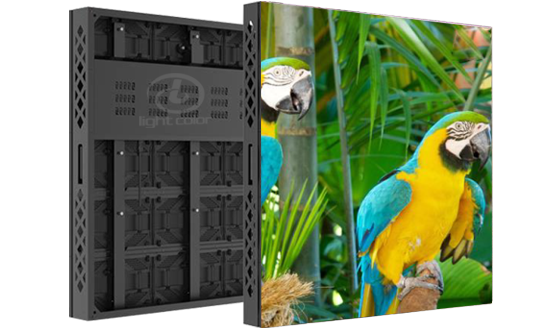 How to do led big screen flower screen?

[Abstract]:
For the problem that the LED display word display is incomplete, the power supply and signal line problems can be checked first. If it is confirmed that there is no problem, check the LED module probl

Led display screen is divided into a variety of situations, is also a relatively common type of led screen failure, this is the same as our computer display, black screen, blue screen, white screen and other faults are for a reason, in fact, are similar, mainly divided into hardware and There are two types of software faults. Generally, the faults are checked according to the order of the software and the hardware. The following is a big screen of the big screen, sharing several common situations for everyone.

1、Half of the display does not display

Generally caused by insufficient power supply, it is recommended to replace the power supply.

3、Single or a few LED modules are not displayed

Generally, the module cable is loose or has poor contact. For example, only the upper part or the lower part is displayed. When such a situation occurs, it is generally necessary to move the cable or pull it out and plug it in again. It is also possible that the module's 245 chip is bad. The LED display module is not displayed. There is also no power supply to the power supply.

In short, for the LED display word display is incomplete, you can first check the power supply, signal line problems, if you confirm these no problem, then check the LED module problem, use the troubleshooting method to eliminate one by one, find the cause of the LED large screen flower screen failure.